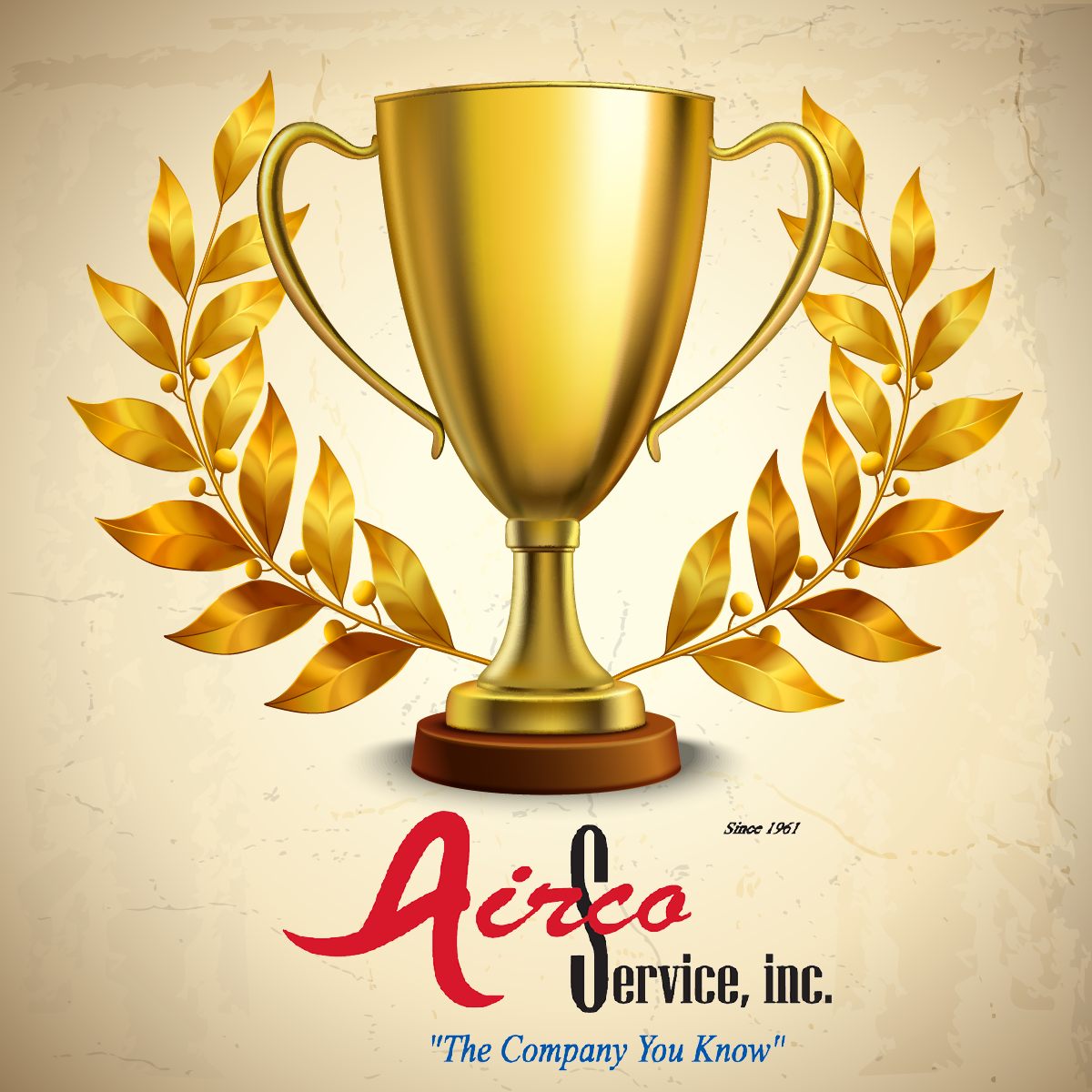 The Better Business Bureau hands out its service awards to only the best companies. Airco Service has received an A+ rating with the BBB. In addition to this, the BBB has granted Airco its ABC Excellence in Contracting Award. This is a distinguishing honor that must be constantly maintained through performing solid service every day. Airco has also been recognized again and again by Angie’s List with the Super Service Award from 2008 to 2015.

Satisfied workers are productive workers who treat you the customer very well. Airco Service appreciates every worker, and only hires the best. This is why the company became ranked among the Top Places to Work in 2016. As well, Airco also received the Best HVAC Company to Work For Award from The News in 2002.

Airco Service understands that service awards begin with promoting top quality products in a way that benefits the customer in every way. This is why Airco was in the top one percent of Lennox dealers in North America list from 2000 to 2007. As well, out of 7,800 Lennox dealers in North America, Airco Service won the Dave Lennox Award for being in the Top 25 dealers from 2008 to 2015, with Airco taking Partner of the Year from 2009 to 2015. Success is a habit that Airco takes very seriously.

A legitimate company is inextricably linked to its community, because without community there is no business. Airco Service received the popular vote of Tulsa’s Best from 2004 to 2015, which only proves that the community is in full support of the company’s methods. Giving the people what they need in the best way possible is simply the Airco way. Oklahoma Magazine has also recognized Airco as the Best of the Best from 2010 to 2016.